Woods is a successful self-published pioneer best known for her New York Times bestseller book “True to the Game” which helped launch the urban fiction genre. Turner, dubbed the Queen of Hip Hop Lit, has landed on bestseller lists for essence, US TODAYand the New York Times.

Homestead Entertainment is a 100% black-owned and operated production and distribution company who have found great success in the VOD space by shepherding BIPOC content from black and brown creators in an equitable way. Their book-to-film division has been successfully championing black, women authors and guiding them through the process of adapting their stories for the screen, per news release.

Dennis Reed II of “Homestead Entertainment” said in a statement: “We are thrilled to be in partnership with NYT best selling authors Teri Woods and Nikki Turner, both of whom helped pioneer the urban fiction genre. We are honored that they are entrusting us with their powerful IPs and can’t wait to bring their stories to screen.” 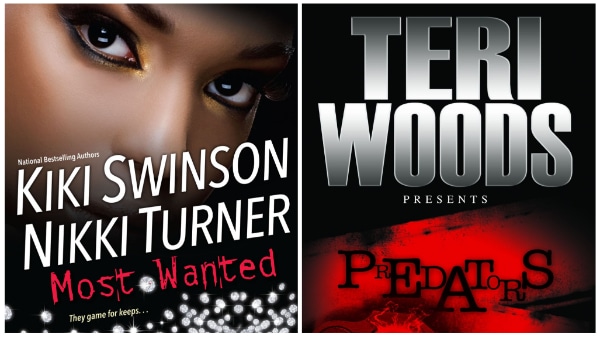 “Homestead Entertainment understands that the foundation to any movie starts with a phenomenal story. Their commitment to partnering with Black, best selling authors provides us the opportunity to expand our careers from books to film without compromising or watering down our stories,” said Turner.

Woods added: “Homestead Entertainment has an incredible track record of creating and distributing exceptional content that resonates with Black audiences. I’m looking forward to working with them to adapt Predators and some of my other titles into classic films that audiences will love.”

Directed by Dennis L. Reed II from a screenplay penned by Brenda Hampton, Woods’ “Predators”, per the news release, is “Set amidst the decline of traditional pimps and hustlers, and the emergence of the drug lords, the streets of Motown are thrust into a cataclysmic battle between the old ways and the new. As shakedowns occur, new enemies and alliances are made and broken, revenge and double revenge becomes the order of the day.

starring Cortez Christian from Showtime’s “The Chi,” Reed serves as an executive producer on the film along with Sonia Renee Miller. The pair also wants EP Turner’s title “On Da Run,” with Reed directing.

“On Da Run” centers on Peaches Brown who must hustle to beat the streets, after being hit with an unjust murder charge. Now she must hide in plain sight to survive. Part of her disguise has her facing off with Miami’s most ruthless, high-end thieves. But can her new identity hold up when staying alive means beating the top dealer at his own game.

No release dates have been announced yet for both titles.

EUR’s NY MaGee caught up with Woods and Turner to dish about their latest urban fiction novels and their journey, so far, in taking the books from page to the small screen. Nikki and Teri will stay at the helm of their film adaptations, as producers.

Check out my exclusive conversation with the ladies via the clip below.

The Benford Company Partners with Homestead Entertainment to Distribute Slate…