THESE are the ridiculously petty signs erected by home owners in front of a property in a fight over an Airbnb let.

The viral photo, taken on the driveway to the property in Austin, Texas, shows two professionally printed signs.

The first one reads: “CAUTION. PANTS ON FIRE. Read the absentee owner’s untruthful email when her illegal Airbnb is investigated by the City”.

The text is followed by a small print: “E-mails obtained via a Texas Public Information Act request”.

Below the sign are solar powered spotlights – which may be used at night to illuminate the sign.

In what seems to be a reply to the first accusatory placard, the apparent owner of the Airbnb stuck his own sign outside of the abode. 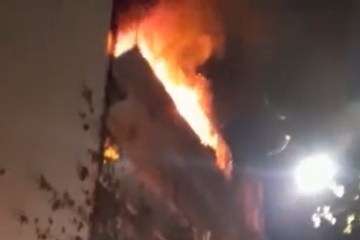 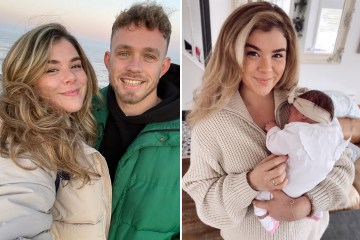 Along with an arrow pointing to the white wooden clad house, the tongue-in-cheek placard reads: “LEGAL AIRBNB. OL: 2021 1207771”, followed by, “Our neighbor loves giving us FREE MARKETING.”

Reddit users took to the platform to speculate about the petty feud, highlighting the lengths the neighbours have gone to in order to score points against each other.

“I live near here and walk by frequently.

“This situation has evolved over time to the professional signs, it’s been interesting,” user philosotis humoured.

Another local resident said: “I know exactly where this is. It’s slowly escalated. They used to have handmade signs.”

As the photo went viral, users say they believe the feud may come down to the fact that the owner may not be regularly living at the address, which they say poses a “property tax issue”.

In 2016, City Council voted to make it illegal by April 2022 to list any short-term rental in residential areas if the owner doesn’t regularly live in the property.

User ClutchDude described how he had “looked up property tax records”, saying that “the accused property does have Homestead exemption with a mailing address in Florida”.

“I’m guessing Airbnb started in 2021 when they bought the Florida house and decided illegally keep Homestead [tax exemptions] but who knows…,” he added.

“Is the whole house an Airbnb, or just a separate unit in the back? Could also be the person just lives in Florida some of the year and Airbnbs the place while they’re out,” user serial_crusher said.

Discussing the impacts of the city’s tighter regulation, user r8ings added: “Austin has created a really volatile situation with this bulls**t. If you’re a neighbor, your only recourse is vigilante justice.”

“Lots of people have illegal Airbnbs or lie to get the license, neighbor is pointing that out,” Lemon_head_guy summarised.

Austin is by far Airbnb’s biggest market in the Lone Star state.

There were 11,972 Airbnb listings in Austin on June 23, 82.1 per cent of which were entire homes or apartments.

According to Inside Airbnb, owners advertise their listings for an average of $341 per night, and made an average $18,501 over the last 12 months.