Good Sunday morning, and welcome back to “Brunch,” a pop-up email about Florida politics.

I hope you are enjoying this extended weekend. As much as you’re probably enjoying BBQ, boating, and baseball, please don’t forget the true meaning of Memorial Day.

As a reminder, just read this tweet from veteran Mac Stipanovich:

Marcus Jones, on the right, and I while home on leave before going overseas. He was killed by enemy small arms fire in Quang Tri Province, RVN, on August 28, 1967. pic.twitter.com/95bTT9R1wz

Remember them. Now, let’s have Brunch.

— Applications roll in: The Supreme Court Judicial Nominating Commission has received 17 applications from individuals hoping to become a Justice on the Florida Supreme Court.

— Vacancy: The applicants are seeking to fill a vacancy on the court created by the retirement of Justice Alan Lawson, who announced his decision in April. Former Gov. Rick Scott appointed Lawson, and his retirement is effective Aug. 31.

— Getting to know you: The Judicial Nominating Commission will provide a list of nominees to DeSantis, who is expected to interview candidates on June 11 in Tampa.

— Selection: This new appointment will give DeSantis four appointees on the Florida Supreme Court. 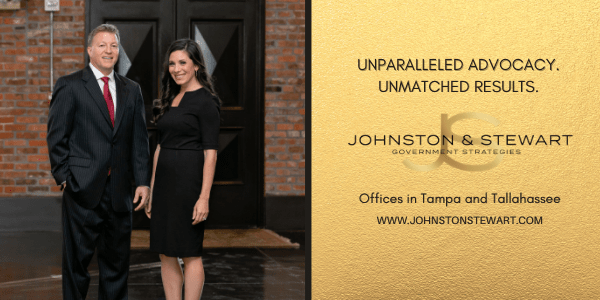 Time’s running out on any glimmer of hope plaintiffs have of tossing Florida’s congressional map ahead of 2022.

— Shot down: The 1st District Court of Appeal made clear a lower court should not have replaced the cartography with a new map entirely. Judge A.C. Tanenbaum said that didn’t just undo DeSantis’ decision to sign a favored plan, but introduced a remedy from left field

— What then? That begs the question, however, of what should have taken place after Leon Circuit Judge Layne Smith found the map unconstitutional. One intriguing suggestion: Hold the new map and run on Florida’s old 27-district map, then hold a statewide election to fill Florida’s new 28th Congressional District.

— But really: Tanenbaum makes abundantly clear, though, that making such a determination before a full trial marked the true lapse. Throwing a map out after a three-hour hearing seemed a step too far.

— Now what? There are still five days for more to be presented to the appellate court to sway minds. But now the question is whether the Florida Supreme Court will respond to a request from plaintiffs to step in. So far, there’s only silence.

Industry insiders are praising the Legislature for their work on the condominium inspection bill (SB 4D) last week.

— Margaret “Peggy” Rolando is a real estate attorney at the Miami office of Shutts & Bowen LLP and a member of Florida Bar leadership when it comes to condos. She has over 40 years of experience in condo law and policy, meaning some condos that came up under her watch will be subject to the legislation’s inspection requirements.

— “Milestone” inspections: With the new “milestone” requirements, older condos will have to start lining up structural health checks, or else they’ll have to warn buyers that they haven’t completed the inspections. Rolando says that that’s a good thing, but condo associations will have to be on the ball.

— Free your calendars: “It’s really important for associations to understand they need to take care of this immediately and get busy, because there’s a limited number of architects and engineers in their state,” Rolando said. “With the construction boom that’s going on. Most of them are pretty busy.”

— Sticker shock: Condo associations will also have to keep certain levels of reserves to address structural maintenance. It will be easier for newer buildings to raise the cash because they’ll have more time to do it. But residents of older condos might face a bit of sticker shock.

“What the Legislature did is the right thing to do. It’s the right policy,” Rolando said. “The only difficulty is it has a disproportionate impact on basically the working-class condo.”

— “Principled conservative”: “We need principled conservatives like Tom Leek in Tallahassee. I am proud to serve with Tom and honored to call him a friend and ally in the fight for making Florida the best state for children, families, and workers to succeed,” Renner said. “I stand with Gov. DeSantis in endorsing Tom Leek. Tom is the leader we need in the Florida House to fight alongside the Governor and advance our conservative agenda.”

— “Parents and students first”: “I look forward to standing beside my friend, Speaker-designate Paul Renner, and am honored to receive his endorsement,” Leek added. “Together, we will continue to put parents and students first, protect small businesses, strengthen our elections, stand up for the unborn, back the blue, and take on the out-of-touch special interests to keep Florida open and free.”

The new HD 28 covers parts of Volusia County. Leek served as Chair of the House Redistricting Committee during this year’s Regular Session. 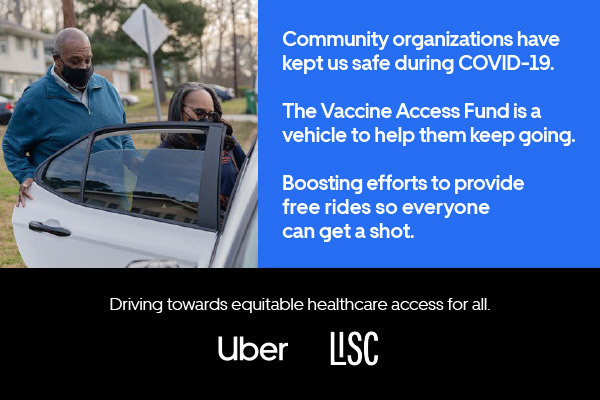 Memorial Day isn’t just a time for barbecue, but a moment to honor the sacrifice of America’s fallen soldiers. Here are events throughout Florida on Monday honoring these men and women.

— Boca Raton Memorial Day Concert: Music will be performed by the Fort Lauderdale Highlanders, Coastmen Chorus and Krescendo Brass. Doors open at Mizner Park Auditorium at 6 p.m., with the concert at 7 p.m.

— Bushnell National Cemetery Memorial Service: The Veterans Affairs Department will host an event at 11 a.m., including wreath-laying, speeches and a rifle salute.

— Coconut Creek Memorial Day Ceremony: The American Legion Post 170 and the city host this event, which features the Coconut Creek Police Department Honor Guard and Monarch High School Junior ROTC, among dignitaries and other speakers. It starts at Veterans Park at 9 a.m.

— Jacksonville Memorial Day Ceremony: An event at the landmark Veterans Memorial Wall will begin at 8 a.m. with performances by the Navy Band Southeast and Jacksonville Children’s Choir. The observance should conclude at 10 a.m.

— Tallahassee Memorial Day Celebration: The Centre of Tallahassee will host a free celebration, with music provided by Brown Goose. It kicks off at the Pavilion at 5 p.m.

— Plan accordingly: “Traditionally, Memorial Day has not been the busiest travel period at Orlando International; however, we are staffing up and are prepared for more passengers this year than usual,” said Kevin Thibault, CEO of the Greater Orlando Aviation Authority, in a statement. “If you are planning to travel, please give yourself plenty of extra time to navigate through the parking, check-in and security processes.”

— Projections: MCO expects this year’s Memorial Day figures to be only 10,000 departures less than 2019 pre-pandemic numbers for the holiday. The numbers are also up 11% from 2021’s Memorial Day weekend. The busiest travel day will be Friday, May 27, with 68,200 people departing, the airport said. Both Saturday, May 28, and Monday, May 30, more than 67,000 people are expected to depart the airport daily. “Travelers should arrive inside the airport terminal at least two hours prior to flight departure time,” according to an airport news release.

— Still growing: With more than 40 million passengers in 2021, Orlando’s airport was ranked one of the busiest in the country and No. 1 in the state. Capacity at the airport is only growing too. Orlando International Airport plans to open its new $2.75 billion Terminal C in September. International flights are scheduled to begin Sept. 19, with domestic operations starting Sept. 26, the airport announced last month. 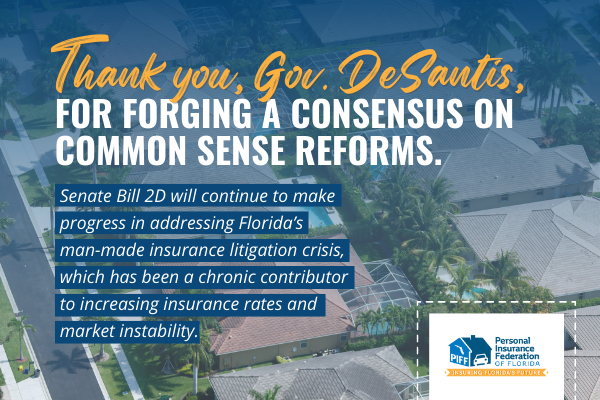 Orlando and South Florida are among 17 locations still in the running to host games in 2026 when soccer’s biggest show, the World Cup, comes to the United States, Canada and Mexico.

— Announcement soon: Soccer’s governing body, the International Federation of Association Football (FIFA), is expected to announce the winning cities on June 16. If chosen, games would be played at Camping World Stadium in Orlando and Hard Rock Stadium in Miami Gardens. Sixty games are to be played in the U.S., including all after the quarterfinals. Canada and Mexico are to host 10 games each. It’s the first time three nations will serve as co-hosts for the event.

— Orlando’s pitch: “Orlando has already established itself as one of the premier sports destinations in North America and enhancing Camping World Stadium only adds to our ability to host premier events,” Orlando Mayor Buddy Dyer said. “I am proud that we’ve achieved exceptional value throughout the entire reconstruction. Our strategy continues to be validated by the lineup of marquee sporting events that are being scheduled for the months and years ahead as Orlando thrives as the Soccer Capital of the South.”

— Fútbol en Miami? The Palm Beach Post reported that Miami Dolphins CEO Tom Garfinkel is pushing to host the World Cup championship game at Hard Rock Stadium. Garfinkel was instrumental in bringing the recent, widely successful Formula 1 race to Miami. “I’ve had a couple of meetings in the last week or so on World Cup 2026 with high-ranking officials from FIFA, and we certainly want the World Cup here in ’26,” Garfinkel told the Post. “We told them we want the final here in ’26. So that’s what we’re trying to shoot for.”

— Can it happen? “Probably everybody else wants it, too,” Garfinkel said. “But I think they’re impressed with the venue. They understand the importance of Miami as a global city and as a great soccer city and as a dynamic city.”

Mass-produced bread lacks the aroma and homey goodness of fresh bread. That’s why it’s a treat to have breakfast or lunch, now available daily, at The Hawthorn Bistro & Bakery. The restaurant turns fresh brioche, sourdough, ciabatta, herb focaccia, and croissants. These delectable choices are a slice of home.

— Backstory: The restaurant is owned by the Seven Hills Hospitality Group, founded by chef Jesse Edmunds, which also operates the local restaurants El Cocinero, Bar 1903, and the new Black Radish.

— Setting: It’s casual and contemporary, a good pick for an early morning meeting, lunch date, or a solo excursion. You order at the counter, and your food is brought to your table. Takeout and outdoor dining are available.

— The menu: One of my favorite dishes is the French toast, which features two thick slices of brioche, nicely done and served with a scoop of honey mascarpone, syrup, fresh berries and either turkey sausage or bacon. Another hit was the Eggs in a Basket (there are dozens of names for this creation), which involves cracking the eggs into a circle carved in the bread. You can pick your choice of bread for this hearty dish plated with confit fingerling potatoes, fresh fruit and bacon or turkey sausage. Among other breakfast selections: steak and eggs, a breakfast burrito, tofu grill and avocado toast. Pair with a hearty brew from Grassroots Coffee Roasters located in Thomasville. If you want to grab a loaf of bread right from the oven, stop by daily after 4 p.m.

— Give a little, get a little: The Revenue Estimating Conference is set to hold an “impact” conference to provide estimates on potential costs of legislation. The docket includes specialty license plates, title fees and abatement measures for disaster victims. The meeting starts at 1:30 p.m. on Tuesday in Room 117 of the Knott Building.

— Raising funds: Sen. Jason Brodeur, a Sanford Republican, is hosting a fundraising reception this Wednesday in Heathrow to support his re-election campaign for Senate District 10. The event starts at 5:30 p.m. at Heathrow Country Club, 1200 Bridgewater Dr.

— Calm before the storm: The 2022 Atlantic hurricane season is set to start this Wednesday. The National Oceanic and Atmospheric Administration predicts an “above-normal” season this year, with 14-21 named storms expected. The season will run through Nov. 30.