THE Homestead Air Reserve Base was given the all-clear with no reported injuries after a supposed “bomb threat” caused an evacuation.

Local reports say that an explosive device became loose and “rolled” into an area at HARB where it should not be, according to a source.

The base confirmed that the area was being evacuated out of an “abundance of caution,” but did not give any specifics about a potential threat.

“Out of an abundance of caution, HARB evacuated personnel from base due to an ongoing incident,” a tweet from the base on Wednesday night said.

Several Twitter users said there was an active bomb threat, although authorities have not confirmed that.

The airbase is located in Homestead, Florida, in Miami-Dade County.

Miami-Dade police confirmed that they were controlling traffic in the area as some sort of incident unfolds, but were not clear on the specifics.

“We are currently assisting @Homestead_ARB with traffic control in the surrounding areas,” the department wrote on Twitter.

“Residents within this area, please remain in your homes. Refer to @Homestead_ARB for additional info.”

A person was airlifted from Homestead Air Reserve Park, said one witness, who said they saw two other helicopters at the airbase. It’s unknown if the two incidents are connected.

Parts of the base were evacuated in fear that the device would explode.

Residents are unable to return to their houses at the intersection of SW 312 and 137 Streets in the Waterstone area of ​​Homestead. 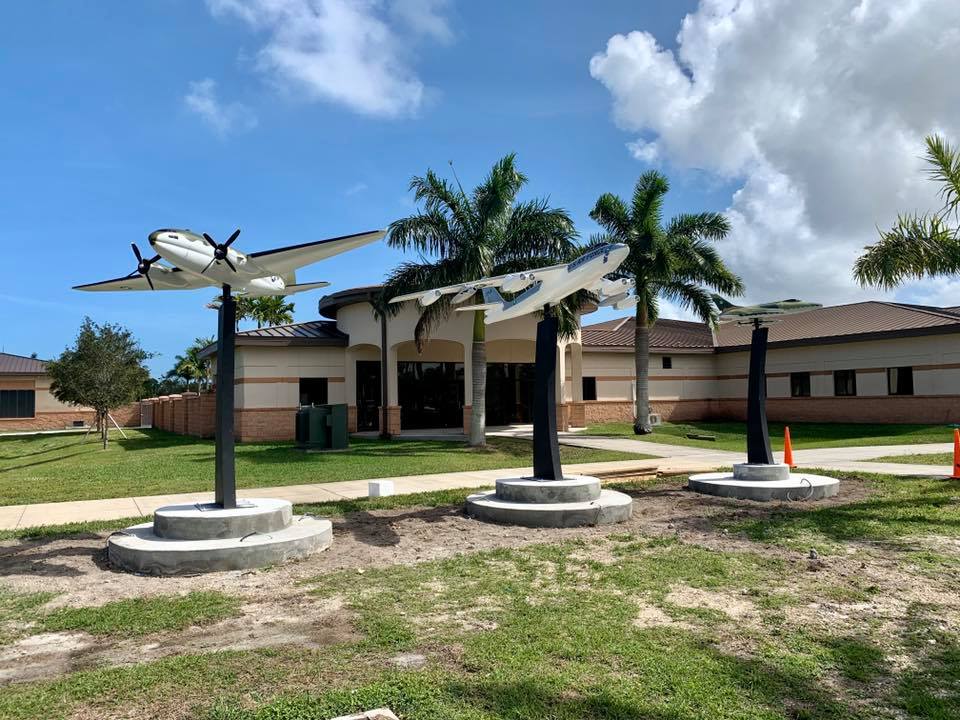 An explosive device became loose and ‘rolled’ into an area at HARB where it should not be, according to a source.Credit: Facebook

Arsonist arrested after Miami man set on fire inside duplex